This was one of my favorite reads of the year so far. Okay, I've only read 17 books this year (and most of them were music theory books), but still. This book is amazing.

It's a book about that quiet desperation Pink Floyd talks about, but here it's not just an English way, it's an Universal one. And I know Kirk is an American, but I can guarantee him that, at least here in Brazil, those feelings are very much real.

I'm not going over the plot of the book (thank you Christoph Paul for pointing out to me that people want to read opinions, not the back cover description, on reviews), I'm just going to say that the plot is very much an extension of the characters struggles with the eternal Void the protagonist feels about life in general. He's overweight, middle-aged, in a loveless marriage, with an useless job, and with superficial relationships with his friends. He is truly ready to die empty.

The great way is how the actual plot develops from the feelings and needs of the protagonist. It stretches out like tentacles from the mind of Lance, the sad sack whose words we are reading. When things start to move, we almost feel like every decision Lance makes is by flipping an invisible coin in his head and using it to make a move. This shows the complete removal of the character from any sort of meaningful existance, and it conveys his desperation perfectly.

Kirk Jones says that some people told him that they felt the ending was rushed. Weird, I thought the exact opposite, I thought it went on for longer than it could have. And the fact that it went longer than I expected to fits so perfectly with how I perceived the themes of this book. I think that, while reading this, I was also ready to die empty. More than that, I couldn't wait to.

Buy DIE EMPTY here
Posted by peDro faRia at 10:50 AM No comments:

Carlton says that this project was one he used to get unstuck while working on a bigger book, just something to motivate him to push forward. Which proves that, even writing a "filler" Carlton manages to strike gold.

This is a tale of a man trying to be better at his job, wanting to continue the legacy of his father. It's almost a Greek tragedy, with the man being merely a pawn of Destiny. Even the concept of matchmates introduced in the book reflects that.

Also about matchmates: CMCIII is still the master of Bizarro worldbuilding. It's uncanny how he can transport you into whatever absurd reality he constructs, and you believe it because he makes you believe it. The reality of the city, built on the back of a giant dog is so sad, I actually teared up in the first pages.

So, as I've said, some things never change, and Carlton Mellick III delivering awesome, fun, entertaining Bizarro stories is one of those things.

Buy THE TICK PEOPLE here.
Posted by peDro faRia at 11:44 AM No comments:

Political commentary is an established genre of fiction. From Greek satires to the 1984, fiction has been serving as a mean to talk about our society. And yes, this book about humans breeding to produce sacrifices for hungry house gods to eat is a political commentary.

Stone, like myself, is a Marxist, but here he's not aiming at right wing conservatives, but at so called liberals who are unwilling to face the consequences of capitalism, instead trying to, as the Brazilian saying goes, "cover up the Sun with a strainer". People looking for paliative solutions to problems so ingrained onto our lives that, so deeply rooted, that only violent revolution could begin to resolve.

That doesn't mean this book is boring or preachy, far from it. Stone's prose is air tight, delivering fast scenes that cut to the chase and beautifully construct this allegory. The ending is perfect, and although I've managed to guess it, it was still cleaverly written.

Buy ALL HAIL THE HOUSE GODS here
Posted by peDro faRia at 5:33 PM No comments:

G. Arthur Brown is one of my favorite Bizarro authors. His New Bizarro Author Series book KITTEN is one of my biggest inspirations as a writer. So I knew I would most likely love his newest book.

Well, I did in one way. It's an amazingly written book, weird and surreal as Brown's other works. The problem to me is that I never was into M.A.S.H. In fact, the series wasn't huge here in Brazil during my generation, and I think that influenced me in rating this book lower than Brown's previous works.

That being said, this is an intense book. It's surreal, but in a way darker than KITTEN, or THE GOVERNOR OF THE HOMELESS. The war landscape is a nightmare on its own, but Brown takes the comedic setting of the show this is a parody of, and mash it (pun intended) with darkly surreal, almost Lovecraftian elements to create what I can only describes as an unstable dreamscape.

If I was a fan of M.A.S.H. I'd probably say this is my favorite G. Arthur Brown book. But as much as I'm not a fan of the series, I'm a fan of G. Arthur Brown, and would highly recommend this book to anyone into super weird stuff (and M.A.S.H.)

Buy THE LONG NIGHT OF THE KOREAN WAR here
Posted by peDro faRia at 3:56 PM No comments:

BOOK REVIEW - We Don't Talk About Her (by Andersen Prunty)

Prunty's nauseating story of obsession and overall horrible people is very effective. It's almost a moralist tale, without the actual morals.

Typical story: Boy meets girl, boy obsesses silently over girl, boy has no pants so wraps himself in toilet paper, boy keeps the corpse of his mother at home for fucking, girl has some dark secrets of her own, etc. It's a vile story, written in Prunty's signature style, which makes you want to read it all the way through in one sitting just so you know what will happen next.

This is not my favorite of Andersen Prunty's books, no. I thought it was a bit rushed at some points, which compromised the prose. But it's not a bad book, it's a solid entry in the prolific author's catalog. I prefer the weirder Prunty than the viler Prunty, but this book makes for a solid couple of hours of entertainment, and sometimes that's all that matters. One thing I found really cool was how the characters of "Mr. Stalky" and Stella mirrors themselves in the beginning, which each one of them trying to infer information about the other. While Stella does this in a more calculated manner, Clint (the eponymous "Mr. Stalky") does it in an almost childish way. I thought that set up the themes of each character perfectly.

So even in a more pure exploitation setting such as this, Prunty manages to inject it with his amazing writing style.


Buy WE DON'T TALK ABOUT HER here
Posted by peDro faRia at 1:11 PM No comments:

BOOK REVIEW - The Indifference of Heaven (by Michael Allen Rose)

Michael Allen Rose's THE INDIFFERENCE OF HEAVEN is a beautifully haunting book. I can already imagine the weird dreams this will give me.

There's a video on YouTube of Penn & Teller (well, Penn) discussing one of Teller's greatest tricks, called "Shadows". This setup of the trick consists of just a small table with a rose in a jar on it, and a  canvas in the back. A spotlight projects the shadow from the rose onto the canvas. Teller then proceeds to use a knife to "cut" the petals in the shadow, making the petals in the actual rose fall off one by one. It's a beautiful, atmospheric trick, and Penn says that it can be done much more easily than the way they do it, but that doesn't matter, what matters is the effect.

That's exactly how I'd describe this book. If you KNOW the ending, you could sum up this book in a single sentence, it's much more high concept than it looks. BUT that doesn't matter. What does matter is how masterfully Michael creates an atmosphere of nightmares and paranoia that sucks you in until you get to that ending. It's incredibly cinematic and vivid, the images pop out of the page onto your face.

If you ask Bizarro fans who are the best Bizarro writers in terms of their craft, the most common answers would probably be Laura Lee Bahr, Autumn Christian, Danger Slater and Violet LeVoit. But they'd be foolish not to include Michael Allen Rose's name to that mix.


Buy THE INDIFFERENCE OF HEAVEN here
Posted by peDro faRia at 11:40 AM No comments:

I was going to complain about 2015 being a shitty year overall, but this was the year I got my first book published AND I went to Bizarro Con! So, I can say 2015 was shitty 11 out 12 months.

I'm not going to do a big recap on the year. Instead, I'll pick my top reads of the year.

These are not necessarily the best books released in 2015, but the best books I've read this year. And if you click on the titles, you too can feast your eyes on these exquisite books. After you buy them.

And, if you can, leave a review on Amazon and/or Goodreads. It helps authors. It helps A LOT.

Oh yeah, all the lists are in alphabetical order. And they are all top 6s, instead of top 5s or top 10s. Because 6 is a nice number. 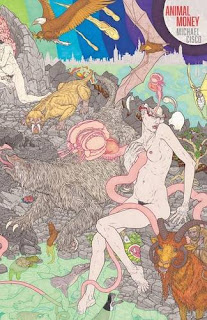 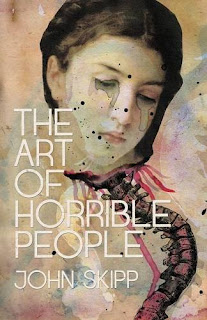 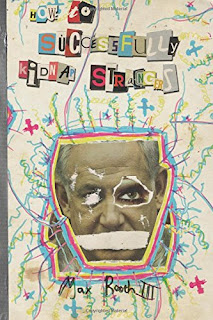 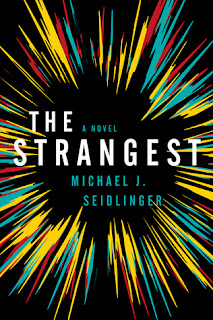 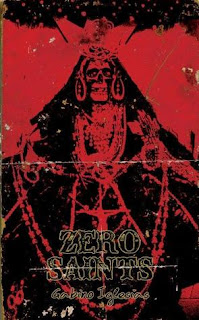 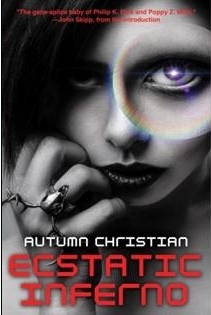 The Four Gentleman Of The Apocalypse, by G.Arthur Brown, Dustin Reade, Douglas Hackle and S.T. Cartledge 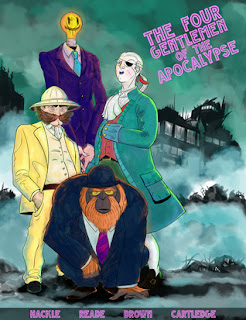 I'll Fuck Anything That Moves and Stephen Hawking, by Violet LeVoit 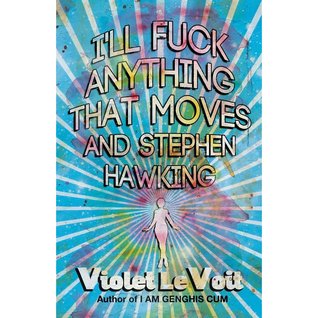 In the Fishbowl, We Bleed, by Jeremy C. Shipp Please Do Not Shoot Me In The Face, by Bradley Sands 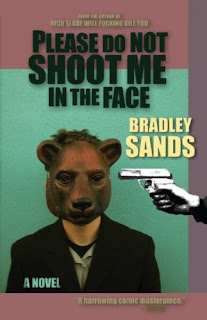 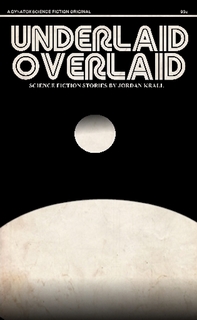 
A Choir of Ill Children, by Tom Piccirilli 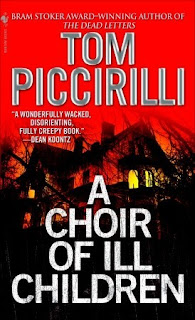 A God Of Hungry Walls, by Garrett Cook 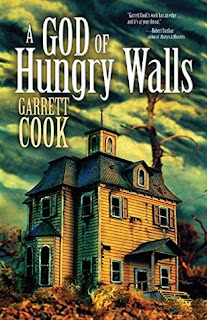 I Will Rot Without You, by Danger Slater 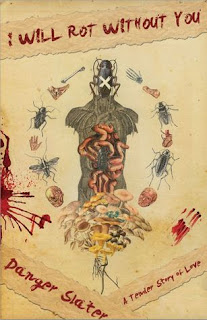 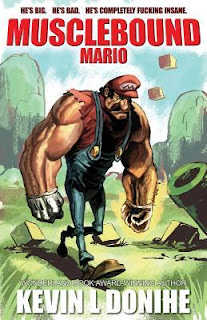 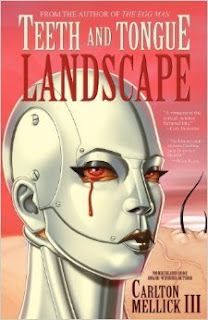 Posted by peDro faRia at 5:27 PM No comments: